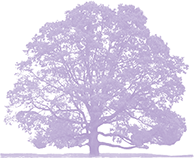 I experienced immediate results for a prolapsed bladder as well as other results which will keep me a patient of Dr. Ron Mariotti forever.

After being told by a Seattle gynocologist that my bladder was prolapsed and that I’d most definitely need surgery to correct the problem, I felt great concern and much reluctance.  She also told me that when she fixed the bladder my uterus MIGHT prolapse as well so she suggested that a hysterectomy be done at the same time.  In that way I’d save myself another surgery.  In addition to that reluctance I silently said goodbye knowing that another alternative would unfold.

More than a year later I learned of Dr. Mariotti and experienced Visceral Manipulation for the first time.  After our initial friendly visit (and 2 more) my bladder corrected itself and has stayed.

In addition to this astounding experience all the low-back pain that I’d experienced for many years had vanished.

Disappearance of low-back pain, and no longer needing surgery for the prolapse might be called a miracle, but I know it’s the gentle, loving care and treatment that Dr. Mariotti offers.  I will be eternally grateful.

I have had quite a remarkable experience in dealing with a prolapsed bladder.  I explored many options to fix the problem beginning in 2003.  I talked with a urologist about medication and rejected going that route.  Physical therapy was suggested by my general practitioner. I tried several sessions with at-home regular exercising but didn’t feel I was making any progress.

In 2005 I was fitted for a pessary and used this device for over a year before becoming frustrated with its effectiveness.  The pessary worked sporadically but was very difficult to get in and out and the needed to be periodically upsized.

In the fall of 2006 I had reached the point where I was seriously considering surgery. I discussed my condition with a friend in my yoga class who shared the same problem.  We were both trying to find a potential surgeon. One week she told me that she knew a woman who had gotten incredible non-surgical results with a form a treatment called visceral manipulation.  This is a form of healing that originated from a French physician named Jean-Pierre Barral.  I learned that someone from my own backyard (Bastyr University) had studied with Dr. Barral and practiced in Seattle.

In December 2006 I had my first visit with Dr. Ron Mariotti.  The treatment was akin to a sort of massage with the difference that Dr. Mariotti was gently moving organs.  The results were miraculous.  My bladder retreated and I quit having accidents and constant leaking.

My digestion improved. I have also been free of lower back pain since working with Dr. Mariotti.

I see Dr. Mariotti about every 3 -6 months for a tune up and enjoy worry-free bladder health.

I am thrilled with the results and wanted to pass on this story.  It sure beats any of the conventional options.